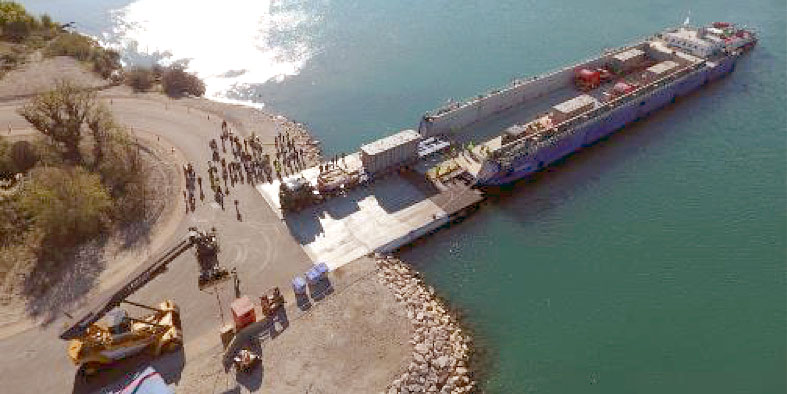 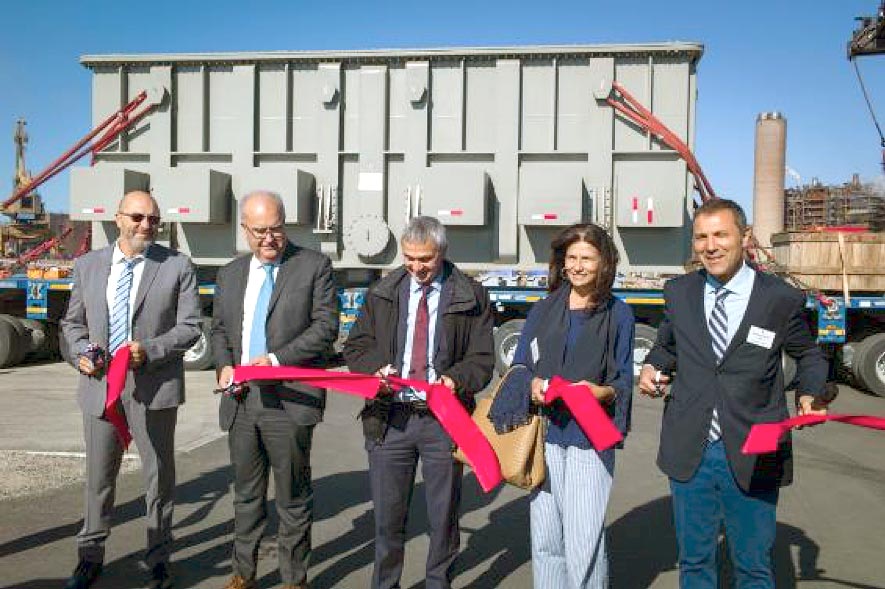 The Beluga 2, a new boarding ramp designed as part of the route planning project for the delivery of heavy parcels in the Marseille-Fos port, was inaugurated in Fos-sur-Mer the 20th of September 2017.

This RO-RO ramp (roll-on/roll-off) enables the direct loading of packages weighing up to 800 tons. Initiated by a partnership between EDF, CFT, Sosersid, Daher and the Grand Maritime Port of Marseille, the realization of this exceptional maritime structure makes this boarding ramp the largest of its kind ever designed in France.

CFT has come to an agreement with the authorities to keep a wharf in Fos where RO-RO ‘on the go’ is possible in order to serve the entire Rhône-Saône valley. This is one of the reasons why this structure is one of a kind: it can accommodate RO-RO procedures on the pontoon or classic barge (like the Beluga) but can also be used with a grounded barge, as with the lateral ramps on the Rhône or the Seine. 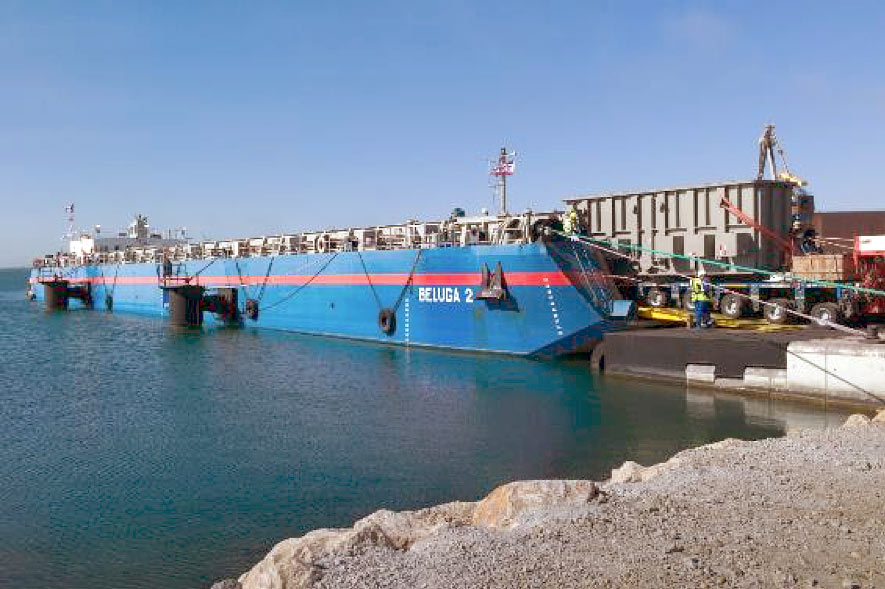