Launch of the POINTE DE CAUX

Launch of the POINTE DE CAUX 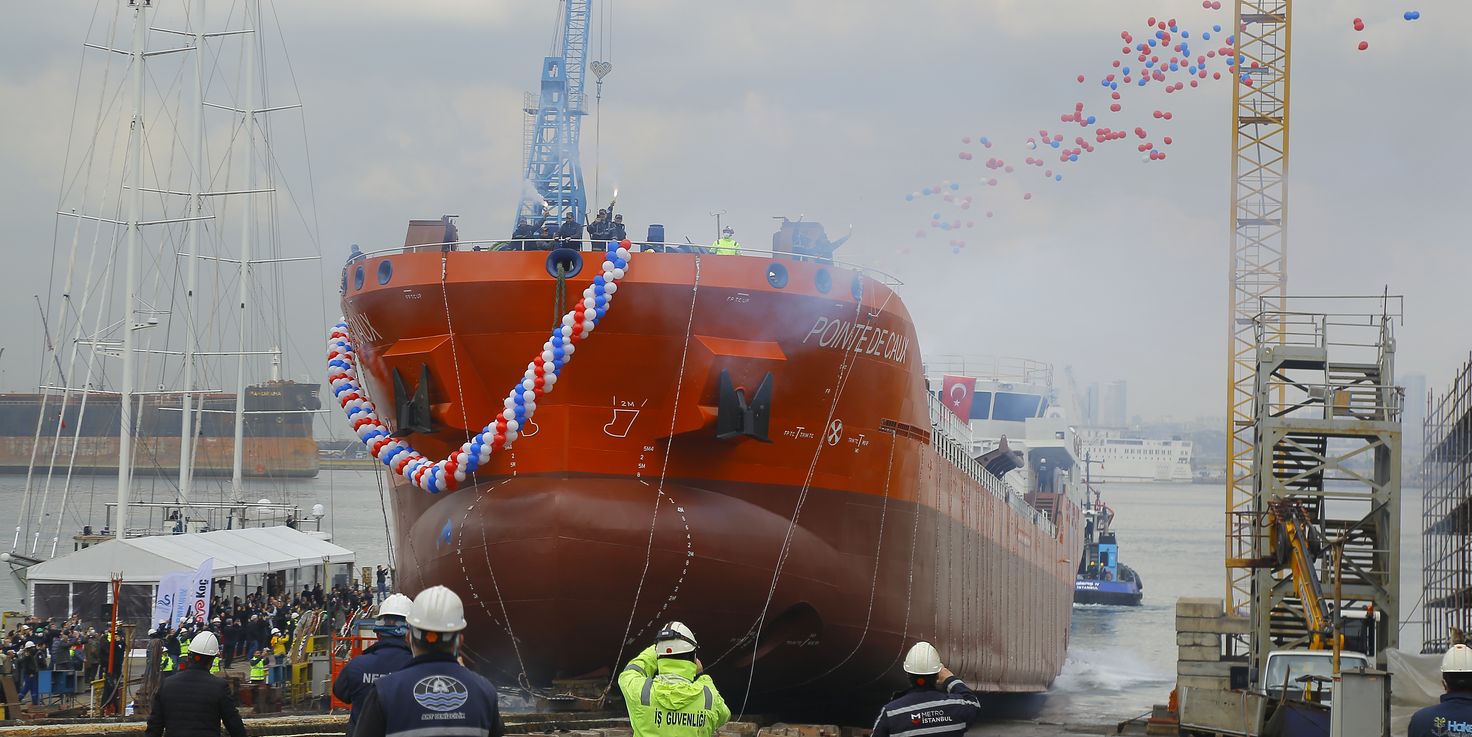 On the morning of 24/03/2022, the new chemical tanker POINTE DE CAUX, under construction at the Turkish shipyard RMK, was launched to thunderous applause and a concert of sirens!

This 4700 DWT chemical tanker is intended for the transport of chemicals between the ports of the ARA zone and Oudalle (76) for TOTAL FLUIDS.

It is equipped with a hybrid diesel/electric propulsion (batteries), solar panels and a shore power connection at the quay side during the unloading or waiting phases in order to reduce its greenhouse gas emissions.

The particularity of Oudalle being its restricted access through the Tancarville canal, the POINTE DE CAUX will have an air draught of less than 10m to pass under the A29 motorway bridge, a draught of less than 5m, a width of 14m, and a significant manoeuvrability ensured by two azimuthal stern thrusters and a bow thruster.

She is scheduled to enter service in mid-September 2022. 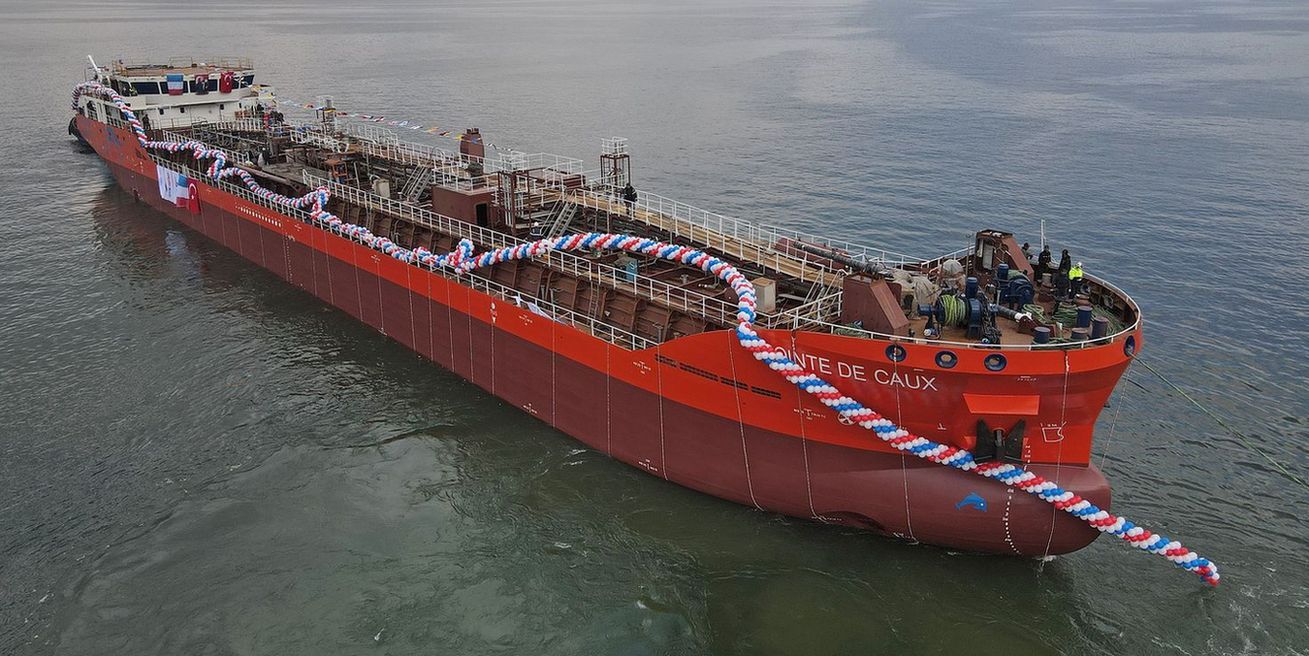