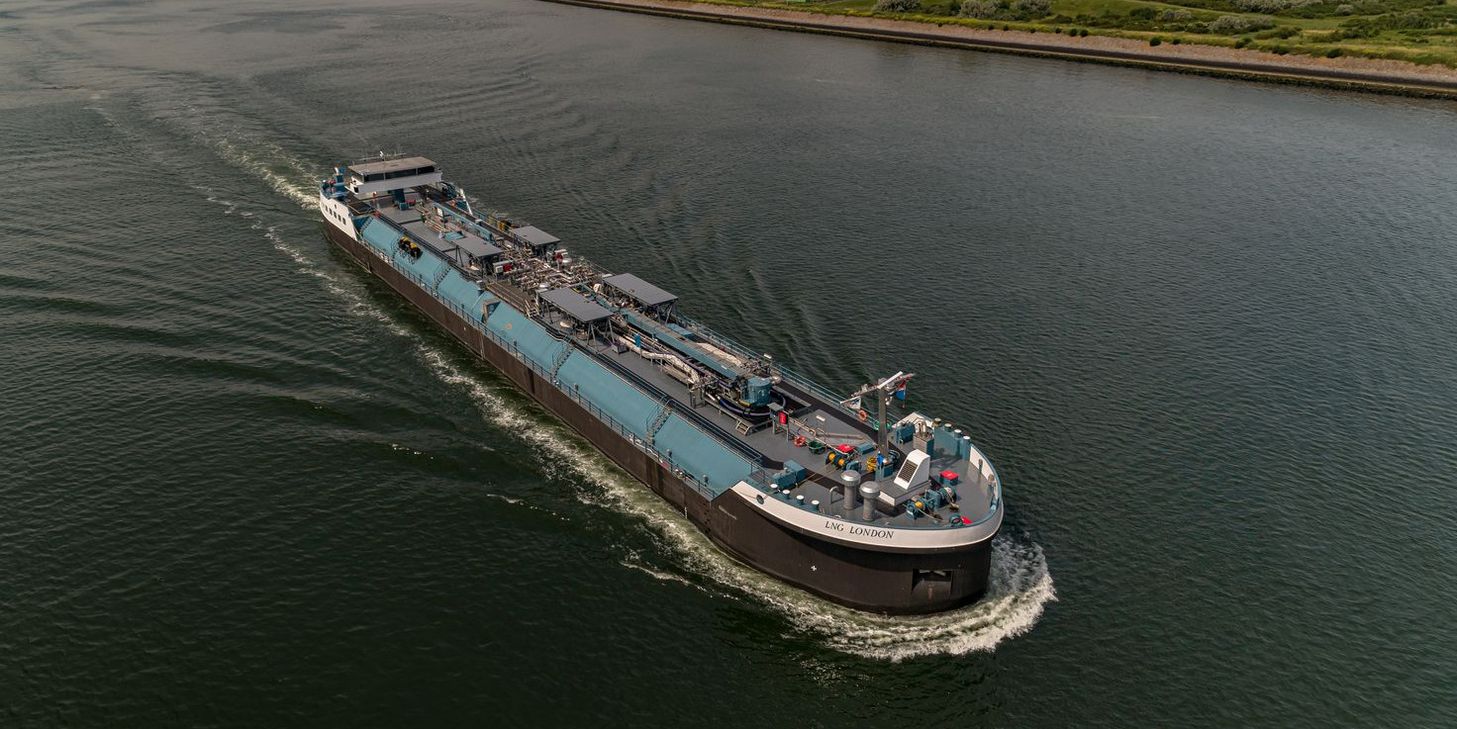 The LNG London (which is owned by LNG Shipping – a cooperation between Victrol and Sogestran) is on long-term charter to Shell. It will primarily be used by Shell for LNG bunkering in the ports of Amsterdam, Rotterdam and Antwerp.

“The entry into service of LNG London shows our ability and commitment to providing safe and reliable supplies that help meet the growing need for cleaner-burning fuel,” Tahir Faruqui, General Manager, Shell Global Downstream LNG, said. “We are pleased to have three LNG bunker vessels in our fleet and look forward to others joining them in the future.”

Gisèle Buelens, CEO of Victrol, said: “In 2017, Shell selected us to build an inland LNG bunker vessel. As pioneers in bunker vessels, we designed a completely new vessel that complies with the latest safety and operational requirements. We are pleased that she has completed her first operation and that many more LNG bunkering operations will take place in the years ahead.”

Pascal Girardet, CEO of Sogestran, said: “We are very proud of LNG London, the first inland LNG bunkering ship in Europe. The inland capability offers clear logistical benefits for end users, benefits that will help drive the growth of LNG as a cleaner marine fuel.”

LNG London will be loaded with LNG at the Gate terminal in Rotterdam. An innovative transfer system enables delivery of LNG to seagoing vessels, inland barges and terminals onshore, while a restricted air draft allows the barge to sail via inland waterways to Antwerp and Amsterdam, if required.

When compared to traditional marine fuels, natural gas significantly reduces NOx and reduces overall GHG emissions by up to 21%, according to a “well-to-wake” emissions study by Thinkstep. Given the International Maritime Organization’s 0.5% sulphur cap implementation by 2020, there is an increasing interest from the international marine community to consider LNG as a marine fuel.