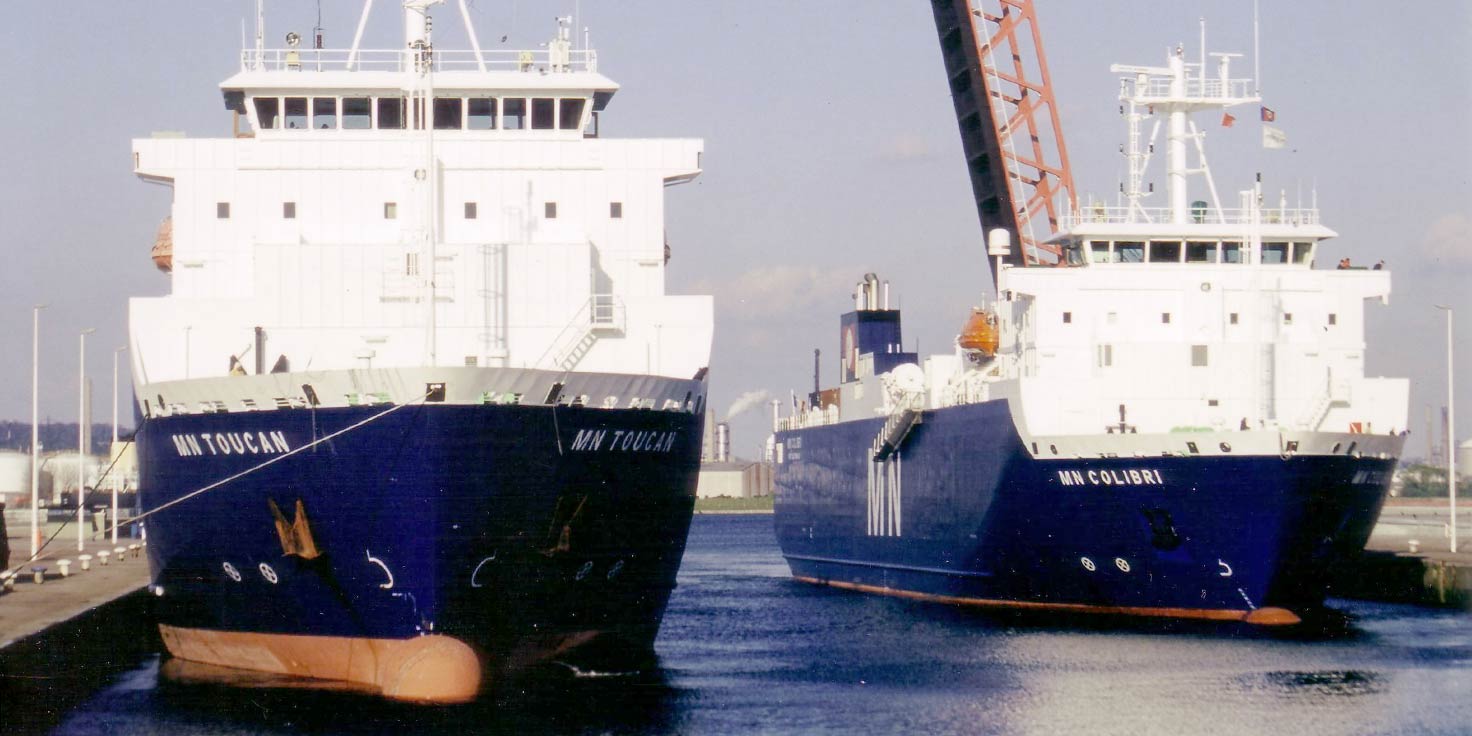 The MN Toucan and MN Colibri

Shipowner and manager of ships, Compagnie Maritime Nantaise was created by the Compagnie Nationale de Navigation (CNN) to operate and develop a specialized maritime transport and industrial activity.

Based on decades-long expertise and a solid partnership with its customers, Maritime Nantaise now operates structured and referenced contracts for the Ministry of the Armed Forces, the French Navy, Arianespace, Brittany Ferries and the Belem Foundation.

Its fleet is organized around two core business activities:

In 2016, Maritime Nantaise achieved a turnover of 37.7 million euros.

The average workforce employed by MN during the year 2016 was 125 employees; 26 sedentary and 99 seafarers.

The Compagnie Nationale de Navigation declared its willingness to sell Compagnie Maritime Nantaise to a new shareholder who would be willing to continue its development path.

The maritime ambition of the Sogestran Group is to develop in specialized markets, by providing its customers with industrial reliability and high added-value services in terms of quality and operational safety.

As part of the transfer process between the two companies, the project was presented the 12th of June 2017 to the Compagnie Maritime Compagnie Nantaise, which expressed a unanimous positive opinion.

The Sogestran Group’s wants to confirm the market position and organization of Maritime Nantaise, with the help of the quality and expertise of the management and operational teams.

At the end of this operation, an organization will be built in stages with the objective that these services from the Nantes and Brest locations are linked to the support services of the Sogestran Group.

This project is a major step for the Group towards its development in maritime markets. We have the desire and the will to succeed.